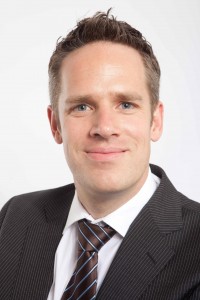 Communications and marketing expert, Bujard joins Scala from Medialis Marketing GmbH, where he served as CEO for the past 20 years. As a founding member of the company, he was directly responsible for its tremendous success.
“I couldn´t be more excited to welcome Olaf to the team,” said Damon Crowhurst. “His extensive knowledge about the Digital Agency Landscape is a true asset. He certainly understands the industry, the key role that Digital Signage has to play within a client’s Omni channel strategy, and is tasked to ensure that traditional agencies know and understand the Scala solution offering, and the value it can bring their clients. His passion for digital communications combined with his entrepreneurial personality make him the perfect match for Scala.”

In his new role at Scala he will be working in partnership with Klaus Hofmeier to meet the growing needs of the German market. Natalja Böhm expands her previous responsibilities to include Austria and Switzerland. “Natalja did an exceptional job in the Eastern European markets and I´m convinced she will continue her successful record into her new markets”, stated Damon Crowhurst.

“With these new hires and focus into the DACH territory as a whole, we are supporting the growth that our Partners are experiencing, as well as ensuring that the skill set we bring to retail is optimized for the nature of the engagement, particularly with regards analytics and ROI. With this investment in growing the team, we anticipate seeing Germany replicate the headline growth that we have seen in markets such as Norway, Italy and the UK”, said Damon Crowhurst.

“In addition the appointment of Olaf gives us the possibility to increase our efforts towards Smart Signage Platforms (SSPs) and the partnership with Samsung. Olaf will be the technology lead on SSP for us in DACH.”

Meanwhile Helge Haarig, previously responsible for Sales in the German market until 2013, has transitioned very effectively into his role as Strategic Accounts Project Manager. In this new position he is responsible for large-scale enterprise projects on global accounts, directly supporting our Platinum Partners.