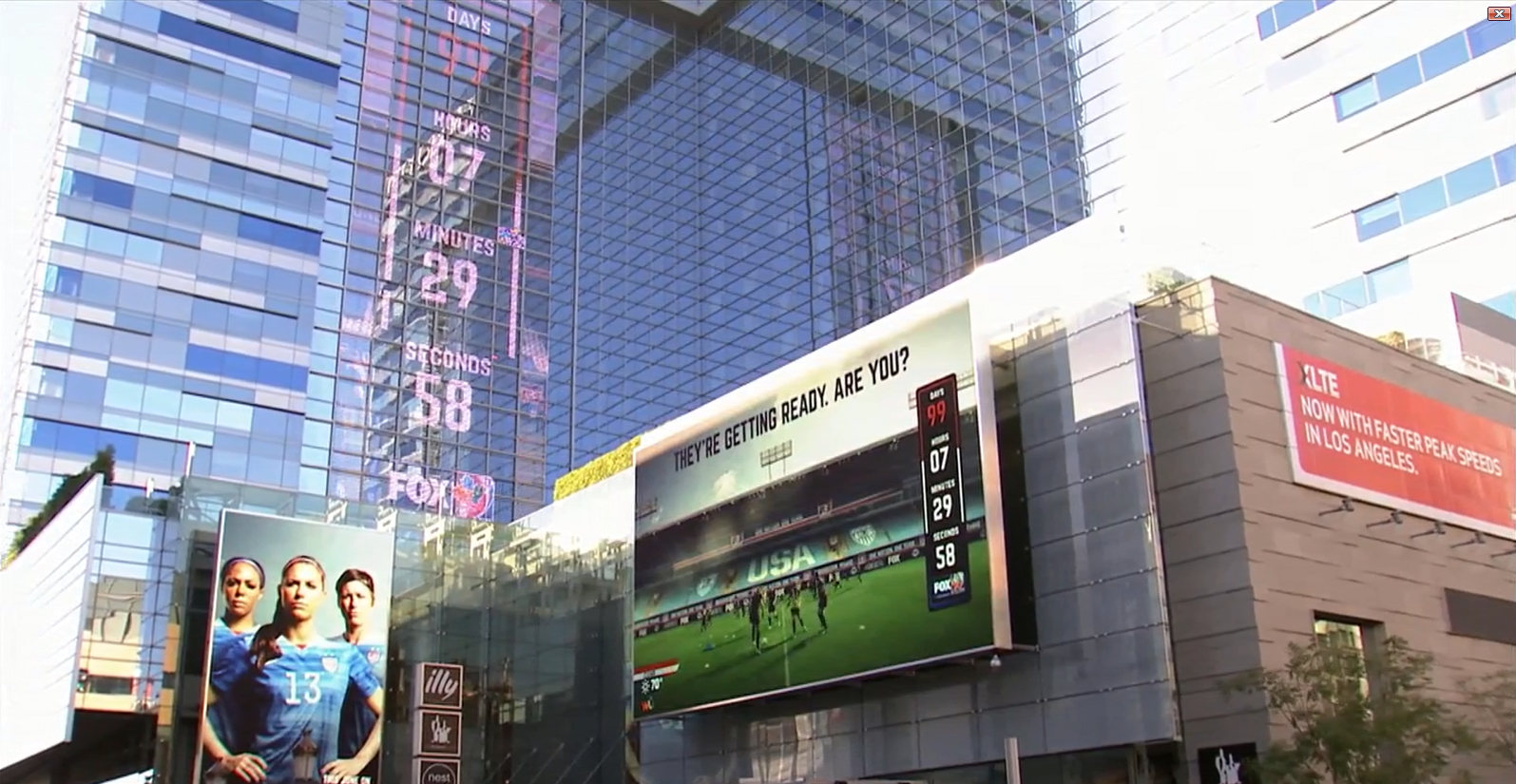 By Mike HealyJanuary 5, 2016 No Comments

Dynamic promotions count down to game day with videos based on current weather conditions.

The United States Women’s National Team was gearing up for the 2015 FIFA Women’s World Cup, and Fox Sports Marketing Group wanted a creative, impactful way to reach a large audience, hyping them up for the worldwide event. A promotional campaign in the active downtown area of Los Angeles at L.A. LIVE, a six-venue entertainment complex, would reach a huge audience and spread awareness, but the challenge was to capture the attention of the millions of visitors.

Fox Sports wanted to let everyone know the National Team was constantly practicing no matter what the conditions – day or night, rain or shine – and making every second count before the tournament. Scala Certified Partner AEG Multimedia, who manages the screen network at L.A. LIVE, created a campaign with full-motion high-definition (HD) videos of the team practicing both day and night, and in different weather conditions. AEG Multimedia had an existing script for a countdown clock, provided by Scala Services, which they could repurpose to build on the growing excitement as the tournament neared. The clock combined with the time- and weather-driven videos would draw attention and get people excited to support the team (even if the rainy videos weren’t often used in sunny California!). 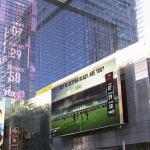 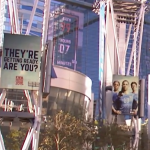 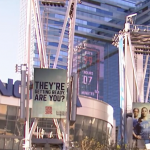 The L.A. LIVE screen network is a complex 20-screen, seven-player set up throughout the entertainment complex including six towers, two of which contain three mirrored images, while the remaining four towers contain two mirrored images. Additional screens include the 16×9 ft. Plaza Display and Hotel Vertical Mesh that spans 15 stories up the JW Marriott Hotel.

“Having not only the Scala platform but also the Scala Services team as part of this project made a quick turnaround possible. We could have made the weather integration work on our own with manual changes, but the custom script took out the tedious legwork.” Jeff Curtis, Senior Director of Digital Signage at AEG Multimedia

Senior Director of Digital Signage at AEG Multimedia, Jeff Curtis, worked with Scala Services to create the dynamic content. The solution needed to determine which video to run based on the actual weather. Curtis contacted Scala Services, who quickly provided a custom script to cue up the correct video according to the current weather conditions.

Scala Services was provided with six videos showing combinations of practicing conditions the team was playing through – sunlight, overcast, rainy day, clear night, overcast night and rainy night. The Scala platform can seamlessly integrate live data with HD-quality video, a standout against systems that can only play videos or support HTML animation.

“The Women’s World Cup project is a great example of the innovative possibilities of the Scala platform. The client came up with a creative idea, and Scala and AEG Multimedia worked to make it a reality and all within an abbreviated timeframe” Marc Rifkin, Scala Services Team.

Using Scala Designer, Curtis was able to easily and quickly make creative design changes such as font shape or size. He then adapted the content to fit the screens of varying of size and pixel ratios in the L.A. LIVE venue.

Curtis set up a playlist in Scala Enterprise Content Manager, and each time content was scheduled to play, the promo would check the weather from the commercial service Weather Underground. If it was a clear night in Los Angeles, the screens showed the women practicing hard under the stars. The script also showed the current weather condition and temperature, along with the countdown to the U.S. Women’s first game.

AEG Multimedia needs the displays to run seamlessly 24 hours a day, so having a reliable platform was critical for success. “What would have been a big challenge in the project was made easier with the flexible Scala platform and allows project managers like myself to make updates or adaptations easily,” said Curtis.